Tweet
There are two observatories on Calton Hill, both closed to the public for the most part. 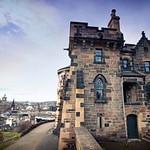 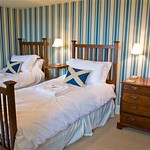 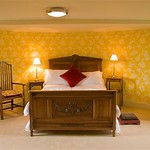 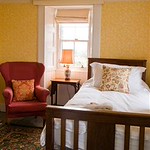 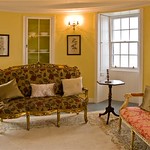 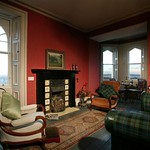 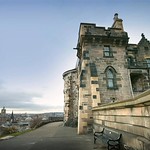 There is also the Royal Observatory in South Edinburgh on Blackford Hill which has a visitor centre.

The New City Observatory on Calton Hill was main centre for astronomers until 1896 when it moved to Blackford, owing to light pollution in the city centre spoiling the view of the night sky.

In 1834 Professor Thomas Henderson was appointed as the first Astronomer Royal to work in the building. He is credited with discovering how to measure parallax and the distance to a star while in his previous job in South Africa. The neo-classical building is run by Edinburgh City Council and is open by arrangement only.

There is also the old Observatory building built in 1792 by James Craig and live in by him as well. The property went to rack and ruin for a while but has now been restored by the Vivat Trust and is mainly rented out. Before the light-pollution of an expanding city made it impractical, Edinburgh's Calton Hill was a perfect vantage point from which to gaze at the night sky. Fanned by the intellectual flames of the Enlightenment, the city granted permission to Thomas Short, an Edinburgh-born optician, to found an observatory on top of the volcanic hill in 1776, this was completed in 1792.