Glasgow has a very lively entertainment scene. Falling in line with the best clubbing scenes of UK to being very active on the performing arts scene, Glasgow is no slouch when it comes to offering visitors entertainment venues. The city is home to the Scottish Ballet, Scottish Opera, BBC Scottish Symphony Orchestra and the Royal Scottish National Orchestra. The city's cultural programme offers music ranging from heavyweight classical to contemporary

It's been a few years now since Glasgow was chosen as 'City of Culture' but the legacy lives on and the city continues to enjoy a wide span of art, theatre, film and music.

The majority of the larger theatres, concert halls and cinemas are concentrated in the city centre, though its two most renowned theatres, the Citizens' and the Tramway, are to be found south of the Clyde.

Details of all the city's events are listed in the two local newspapers, The Herald and the Evening Times. Another excellent source of information is the fortnightly listings magazine The List, which also covers Edinburgh and which is on sale in most newsagents.

Note that some of the live music venues don't have their own box office. For tickets and information go to Tower Records, on Argyle St, Tel: 2045788.

When it comes to nightlife, Glasgow is a city of energy and passion. Its club scene is amongst the most vibrant in the UK.

Opening times are pretty much the same all over with doors opening from 2300-0300.

Entry costs vary from £2-5 for smaller mainstream clubs and £5-10 for the bigger venues, up to £20 for some of the special club nights with top class Djs. 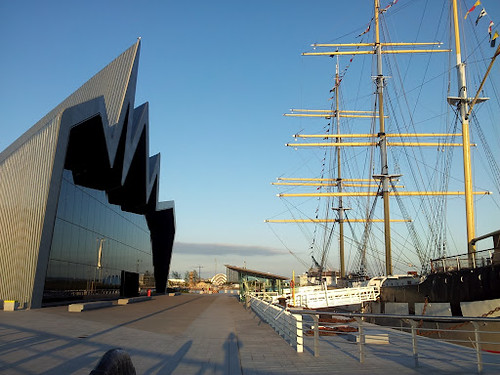 As interesting for its exhibits as being one of the first fully complete Zaha Hadid buildings in the UK.