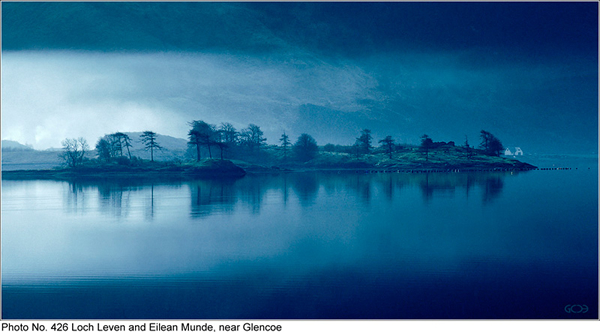 At the south-western corner of this area, Ben Cruachan and its two neighbours, Beinn Eunaich and Beinn a' Chochuill rise above the lower reaches of the Strath of Orchy and the Pass of Brander. Ben Cruachan, with its many peaks connected by high ridges, is one of the finest mountains in the south-west highlands.

Going north-east to the head of Loch Etive, there is a splendid group of which Ben Starav is the highest, but its lower neighbours Glas Bheinn Mhor and Stob Coir'an Albannaich are also fine peaks. To their east Stob Ghabhar is a much-climbed peak at the south end of the Black Mount range and the start of the classic traverse to Clach Leathad, Creise and Meall a' Bhuiridh along the crest of the Black Mount.

To the north-west of Loch Etive, Beinn Sgulaird and Beinn Fhionnlaidh are isolated peaks in the hinterland between Glen Etive and Glen Creran, and at the head of Glen Creran, Sgor na h-Ulaidh is the south-western outlier of the Glen Coe peaks.

The main range of the Glen Coe mountains is on the south side of the A82 road where it leaves Rannoch Moor and drops down into the depths of the glen. The Buachaille Etive Mor, Buachaille Etive Beag and Bidean nam Bian form a succession of parallel ridges with deep corries and passes between them whose walls rise in a series of steep rock walls and dark gullies. On the opposite side of the main road through the glen the Aonach Eagach soars up in a single sweep from the glen to its narrow pinnacled crest.

The north-western outliers of the peaks in this section are the twin peaks of Beinn a' Bheithir which rise above their forested corries on the south side of Loch Leven at its junction with Loch Linnhe.