Brilliant day of walking that explores the many ancient and prehistoric sites around the Kyle of Tongue in Sutherland. 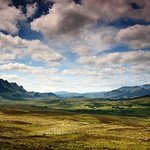 Begin at the west end of the Kyle near Melness cemetery (10/574592). Just over the causeway to the north of the road.

To the south of the cemetery is a grassy eminence, the site of a 6000-year-old Neolithic settlement. The inhabitants were hunter-gatherers and shellfish were an important part of their diet. Excavations have revealed the remains of implements and pottery fragments, and some of their food-shells, cockles, mussels, whelks and oysters, may still be found to the south of the cemetery wall.

Drive south, now, down the west shore of the Kyle along an unmarked single track road, and park near Kinloch at 10/555531. On the hill to the west is Dun na Maigh, an excellent example of a broch: dry-stone towers constructed about the time of the birth of Christ. The walls of Dun na Maigh are 16ft thick and the internal staircase, built into the wall, is clearly visible. Nearby (10/550525) on the north side of the Moine Path, are the remains of a chambered cairn; a burial place for Neolithic notables.

Examples of Bronze Age cup marks and a sculptured stone come next at 10/562525. There is a quarry on the east side of the road where, beneath the boughs of a birch tree, you will find a large boulder. Careful examination should reveal 18 cup markings which were probably of religious significance to their makers. A step further north brings you to another boulder inscribed with a remarkable set of intersecting lines.

Continue north and park at 10/565530 on the brow of the hill overlooking Loch Hakel. This is the start point for a two-hour hike; east to Druim na Coub (10/565520) where Clan Mackay and Clan Sutherland fought a furious battle in 1433, a blood-and-guts, broad-sword and axe fight to the death; then hike south west to the remains of a 4000-year-old Bronze Age settlement at 10/570517 surrounded by the humps of 30 burial cists. One cist is exposed. You will find it near an obvious cairn of white stones.

Return to the south-east shore of Loch Hakel and the huge stone opposite the small, scrub-covered island. On the top of this stone you will discover the most perfect set of cup-and-ring markings in Scotland: 30 cups, 11 of which are surrounded by inscribed rings. On the island itself is the Giranan: the tumbled remains of a Celtic fort, built about 2500 years ago. Wade over and have a look. The perfect place for lunch.

The beach by the island was the scene of another fight in March, 1746. A party of Jacobites, survivors of a sea-battle fought in the Kyle of Tongue between the French sloop Le Prince Charles and the government frigate Sheerness, were ambushed here and forced to surrender. Before doing so they threw gold coins, destined for the Jacobite army at Inverness, into the loch. Some of these coins were still being found in 1840. Watch for anything glinting in the heather.

Return anti-clockwise round the loch, enjoying views of Ben Loyal (764m), ``Queen of Scottish Mountains'', to the east, and drive north to park at 10/585547 near the entrance to Ribigill Farm. A short walk east brings you to the remains of Scrabster Village which was emptied of its people during the 19-century Sutherland Clearances. All that remains are the outlines of their dwellings and the heaps of stones they stacked to enable them to cultivate their small fields.

A memorial to Ewen Robertson (1842-1895), the "Bard of the Clearances'', stands nearby and bears these prophetic lines: 'In place of sheep, there will be people, cattle in the shieling in place of stags.

End the day with a quick canter up to Castle Varrich which overlooks the village and the Kyle; a dramatic, Clan Mackay fortress, 33ft high with 5ft-thick walls. You will now be ready for rest and recuperation and, perhaps, a less-than-Neolithic "cup'' of something that cheers in one of the hotels in Tongue! 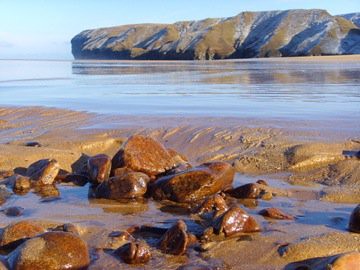 Another lovely beach between Thurso and Tongue. Popular with surfer crowd. Pure sands and accessible with short walk. 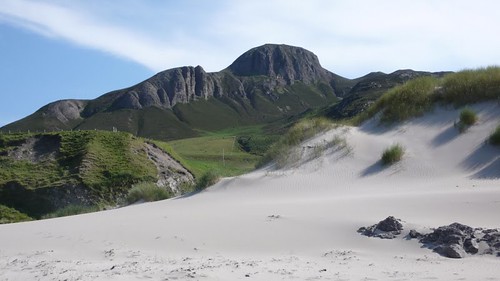 Lovely strip of Sand on Kyle of Tongue that is well protected from the sea by the surrounding capes. Just off A836 and safe to swim. Very quiet! 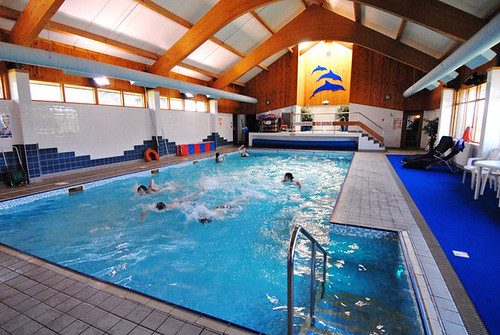 Community run leisure centre with swimming pool in centre of Bettyhill on the North Coast. 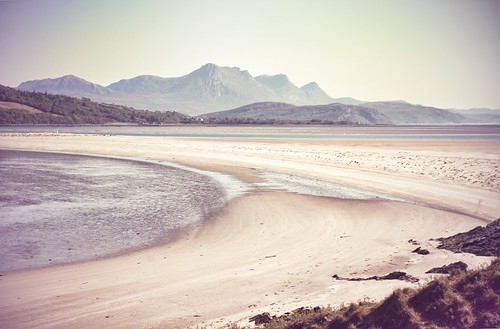 Beautiful beach on the Kyle of Tongue on its western side near Talmine and Tongue. 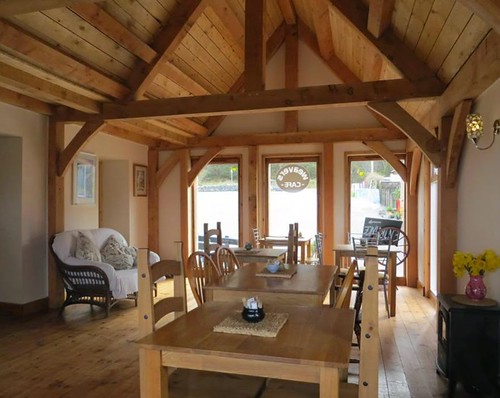 A small Gift Shop, Cafe and B&B with en-suite rooms, conveniently situated on the A836 near Tongue. Great gifts for visitors and a nice wee Cafe