First it was known as aqua vitae...the water of life or in Gaelic, uisge beatha (ooshka baytha), and then the Sassenachs, the Lowlanders and the English decided that 'whisky' was the word. Water... yeast and barley. Three simple ingredients and one hugely success story. Scotch whisky is the world's most popular spirit because it is essentially simple, unadulterated and of the highest quality. Nothing tastes quite like it.

Whisky...how do you take it?

Whisky has never been regarded as a mixer spirit in the same way as gin or vodka but that has never diminished its popularity. Traditionalists will maintain that there are only two things you can add to a measure of Scotch, the first is some water and the other is more Scotch!

In the States the most popular addition is probably ice, and plenty of it. The only drawback to this is that it tends to chill the whisky to the point where any subtleties of texture and mouthfeel are undetectable. Soda has always been a fine way to lengthen a Scotch but few other additions marry as well as pure water. Water effectively opens the bouquet, reduces the alcoholic strength to an acceptable level (or to one's taste) and lengthens the drinking experience.

Arthur Bell & Sons of Perth have just started bottling a mix of their blended Scotch with Barr's Irn Bru to mixed response from a somewhat astonished public. And it is true that there are some things with which Scotch will mix extremely well....apple juice, for instance was simply made to mix with Scotch. If you want added zest, try a little Appletize instead.

But when you enter the realm of Scotch malt whisky, tread carefully, for the connoisseurs and traditionalists will not brook any nonsense.

Remember, you are simply adjusting the strength to taste by adding one of the malt's main ingredients. The bouquet unfolds, the taste expands over the palate and the aftertaste lingers longer.

Why spoil a great experience? Remember the water and remember what whisky means in Gaelic...'water'. 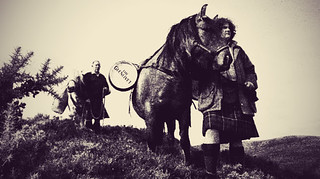 The clothes smugglers wore to avoid the attentions of the "gaugers". 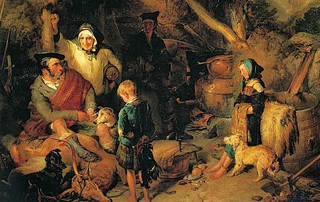 How communities created early warning systems to ensure the excisemen did not discover local stills.

A few stories on the war between the distillers and the excise. 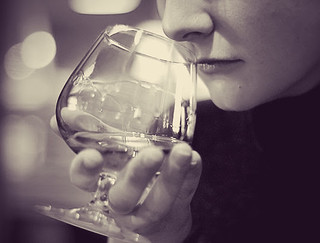 Quick guide on the best way to taste whisky.