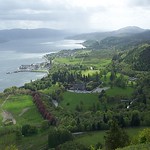 From Inveraray Castle car park follow the road between the two beech hedges and onwards, always following the blue arrows. In the field to the right there is a Cedar of Lebanon tree readily recognisable on account of its horizontal branching habit and its bluish-green foliage. It is thought that this tree and the Pine close by may have been planted by Queen Victoria to commemorate her visit to the Castle in 1875.

The monument on the left formerly stood in the garden next to the Bank of Scotland in Inveraray. First erected in 1754, it commemorates the execution by the 1st Marquis of Atholl of 17 Campbells in 1685.

Continue on over the bridge which is a fine stone arch known originally as the Garden Bridge, designed by John Adam and built between 1758 and 1761 under the supervision of David Frew, an Edinburgh mason. Once over the bridge follow a narrow footpath through the wood (not the wider one to your right). In May there will be a superb display of bluebells. Some of the mature trees in this area are mainly limes, date from a 17th century plantation through which vistas or Avenues were created. Once out of the woodland, carry on through the field gate and turn right along the track before bearing left across the field and up to a further gate into the next woodland.  Carry on through this gate.

This area is an old Pinetum (collection of conifer trees).  Britain only has three native conifers, Scots Pine, Yew and Juniper and of these only the Pine could be classed as a timber tree, but even this species grows relatively slowly. During the 18th and 19th centuries explorers were fascinated by the large range of conifer trees they found throughout the World. Landowners were keen to grow trees from some of the seeds sent back to this country and form collections such as you see here.

The ruined buildings below you are remains of a lime kiln. Quarried limestone was brought to the site and the kiln was lined with dry wood and filled with alternate layers of coal and limestone. A fire was lit at the base which gradually ‘burnt’ the lime. Once the kiln had cooled down the powdered lime would be removed from the bottom and stored in the adjoining shed. The kiln is thought to have been last used around 1912. PLEASE DO NOT CLIMB OVER THE BUILDINGS.

Carry on up the track and enjoy the further views over part of the Estate to the north until you reach the summit of Dun na Cuaiche and the watchtower at Point 5. You are now at the top of Dun na Cuaiche 248 metres (813 feet). The name literally means ‘the hill of the cup, bowl or quaiche’ and is probably so called because of the hollowed out shape at the top. The earth works that give this appearance may be due to excavation at the time the tower was built or to much earlier Iron Age activity.

The tower itself was designed by Roger Morris and William Adam and was built in 1748. Its purpose was purely decorative and was cleverly sited on the edge of the steep face of the hill but not quite on top so that when seen from the Castle and Town it is silhouetted against the sky. From this commanding position it is possible to see how the landscape has evolved over the past 300 or so years.

The view across the Castle and beyond the Town down to Loch Fyne and then further round to the east and through the glens speaks for itself.

Return down the same route to the Castle. 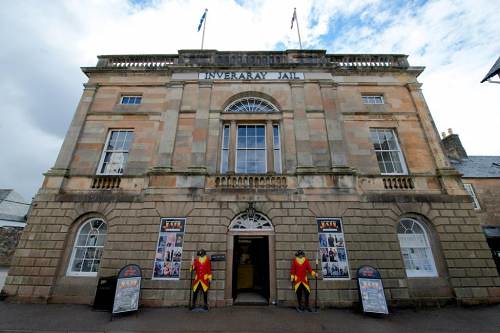 Restored Georgian jail and courthouse that is ideal for kids! Tons to see and het involved in. Interactive without any digital rubbish. Highly recommended. 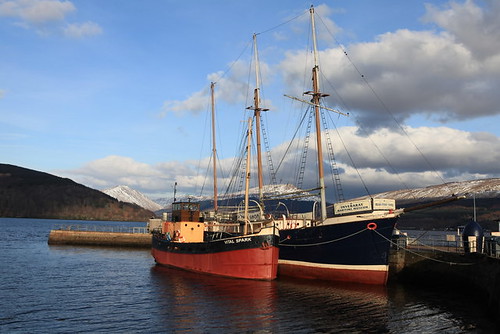 Small maritime museum on the Pier with a couple of interesting vessels to wander around: the Arctic Penguin, and the old victualling ship, the Puffer. Grand excursion for the kids and anybody with a little interest in maritime history. 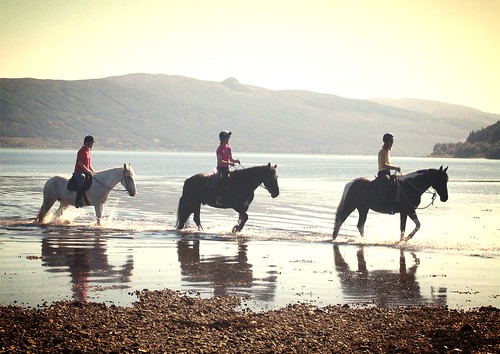 Adventure centre south of Inveraray offering a tons of outdoor activities for age 4 and up. Kids can play paintball or laser tag from 6 and from 10 years. 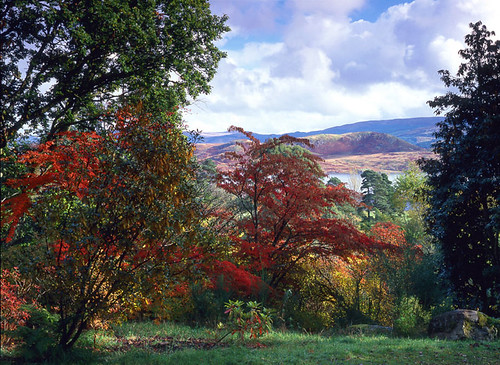 Lovely garden beside Loch Fyne set in dramatic glen setting. Best times May and autumn but worth visiting any time. 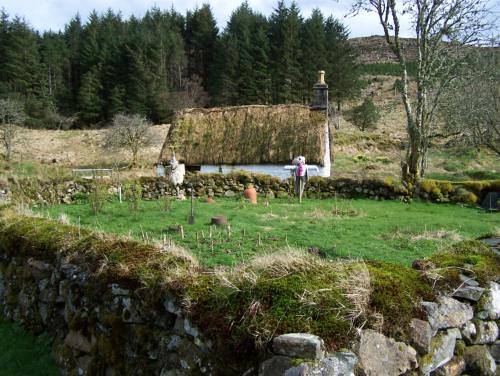 Auchindrain is the remains of the only "joint-tenancy" farm village that survived from the 16th century until 1967 including surviving the Clearances of the early 19th century. Very insightful and interesting.