Information about the Museum of Scotland in Edinburgh's Old Town... 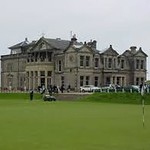 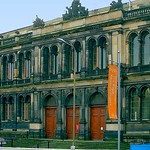 The dream of many Scots became a reality on Dec '98, when a towering building with a multi color sandstone exterior rose up into the spotlight in Chambers Street-The Museum Of Scotland. The multi-functional “Drum Tower” of the museum is one of the main features of the museum. You can witness the slow yet beautiful transition of Scotland from age-old days to the present, finely portrayed within the confines of the museum. Pulsating treasures such as Monymusk Reliquary and St Filian's Crozier occupy the exemplary space of the museum. 7 days 10am-5pm.Tue open till 8pm.Don't miss out on the Tower Restaurant with its separate entrance on the top floor.

This top class museum was recently spruced up. If you are planning to spend some time out in the city, then the Royal Museum of Scotland is a wise choice. One can have far-reaching view of the city from its roof terrace. Designed by Captain Francis Fowke, Royal Engineers is a striking Victorian edifice which has almost 36 galleries. The exhibits include archaeological artifacts, stuffed animal habitats and others related to geology, applied art and natural history. There is an eccentrically beautiful Millennium Clock within the premises of the museum. The museum presents more of a human-sized feel. You can also view worldwide historic treasures such as the Napoleon's Tea service and the very popular Egyptian mummies.

Only a few minutes walk from Royal Mile.