Festivals and Sports on Isle of Bute

Festivals and Sports guide of Isle of Bute in Argyll will guide you through the events and sports in the place. Also include information on the hotels in Isle of Bute and Hotels In Argyll.

Isle of Bute Festivals and Sports 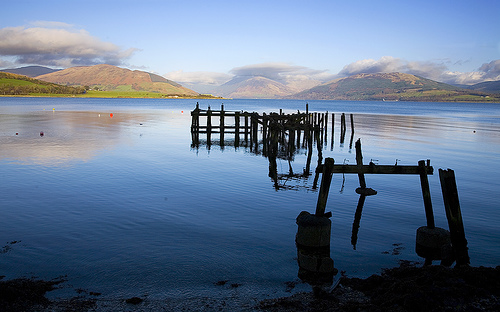 The island holds its own Highland Games on the last weekend in Aug. There's also the Isle of Bute International Folk Festival and World Ceilidh Band Championships, a massive festival of music and dance held over the third weekend in Jul, and the Isle of Bute Jazz Festival, during the May Bank Holiday weekend.

The Bute International Guitar Festival in September brings together some of the  finest exponents  of guitar from all over the world. The two-day event Festival of Cycling or `Rothesay Weekend’ in September is another important event in the festive calendar of Bute.

Golf: The most interesting and ancient 13-holes course on the island is at Port Bannatyne, a sailing village just three miles north of Rothesay on the coast road. The views are truly stunning, to the south: forest, to the west: across the sea to the high mountains on the Isle of Arran, to the north: Bute's own highlands, wild and wooly with deer and goats, and the east: the stone-built village of Port Bannatyne with its yacht marina, Kames Castle, and over the sea to the Argyll hills. The course is up and down the spine of the island, and the clubhouse is just west of Port Bannatyne. Visitors are most welcome, and the fees are very reasonable.
WEBSITE: http://www.portbannatynegolf.co.uk
Clubhouse telephone: 01700 504544

Petanque: The Port Bannatyne Petanque Club was formed in 2008 with three pistes on a pitch just north of the sailing marina, on the seafront. Boules may be hired from the Post Office.
WEBSITE: http://www.portbannatynepetanque.org.uk Email:This email address is being protected from spambots. You need JavaScript enabled to view it. Secretary telephone: 01700 503338

Sailing: The heart of sailing on the Isle of Bute is at Port Bannatyne Marina, at the Clyde-side entrance to the Kyles of Bute. Secure, protected bay, no ferries, pontoons, boatyard, repairs, chandlery and the best rates on the Clyde. Speak to John Stirling on all matters marine on 01700 502719. Or you may contact by Email: This email address is being protected from spambots. You need JavaScript enabled to view it..
WEBSITE: http://www.portbannatynemarina.co.uk For rates and charges, advice, local weather and tides.