There's an old saying that Edinburgh is the capital but Glasgow has the capital. This dates back to the late 19th century, when Glasgow was the "Second City of the Empire". It was a thriving, cultivated city grown rich on the profits from its cotton mills, coal mines and shipyards, and a city that knew how to flaunt its wealth. 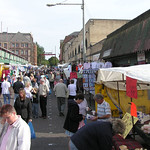 The heavy industries have long gone, but Glasgow has lost none of its energy and excitement, and its people possess a style and swagger that makes their Edinburgh counterparts look staid and stuffy by comparison. Just take a stroll round the revived Merchant City or along Byres Road in the West End, and sit in one the countless stylish bars and restaurants, and you'll witness a degree of posing that is Continental in its fervency. The licensing laws may not be continental but they're more liberal than they are in London and the atmosphere is infused with those vital Glasgow ingredients missing from so many large British cities - warmth and humour. Glasgow is without doubt the friendliest of Britain's large cities. Perhaps that's because it doesn't feel British. Glasgow is often described as European in character; for the remarkable diversity of its architecture, for the accessibility of its art, and for the optimism and openness of its people. It is also compared with North America; for its grid street system and for the wisecracking of its streetwise citizens.