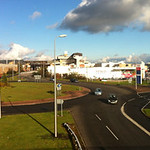 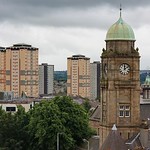 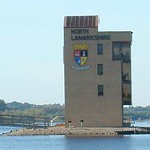 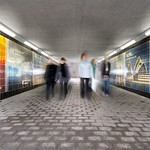 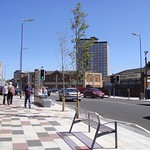 There are many places of interest that have made Motherwell a place to visit. As well as the town's Country Park, The North Lanarkshire Heritage Centre, formerly the Motherwell Heritage Centre on High Road, situated next to the town's railway station, is a building that displays the history of Motherwell from the Roman era. The building also has a viewing tower on the fifth floor, giving visitors a good view of the town and other parts of Lanarkshire, as well as of mountains as far back as Ben Lomond.

Motherwell also has a Civic Centre, situated next to the town's police station and North Lanarkshire headquarters building. A number of pantomimes and musicals have taken place in the centre's large concert hall. As well as this, the Masters Snooker has also been an event held at the Civic Centre. Renovations are currently being made to the building.

The Dalzell House is a building that is situated to the South of the town, right on the banks of the River Clyde. This house is protected as a Category-A listed building.

One of the main attractions in Motherwell is the M&D's Amusement Park, which is situated next to Strathclyde Loch in Strathclyde Park.

The Brandon Shopping Centre in Motherwell has over 85 shops and plenty of parking.

Since the M74 Extension has been completed, access to Glasgow Airport from Motherwell has become easier. The airport is approximately 16 miles (26 km) away from Motherwell. Edinburgh Airport is further away, at 31 miles (49.8 km), and can be reached by the M8, the motorway that runs between Glasgow and Edinburgh.

There are a number of different bus companies that travel through the town to various different locations, and there's a frequent train service to Motherwell from Glasgow.