Day Tours of Scotland from GLASgow

We have filtered our day excursions of Scotland (starting from Glasgow) into days of departure so you can quickly identify the tours that match your day of travel. There is a quite a choice as you can see, and there are lots of different tours to take from the Loch Ness tours that travel for 12 hours to shorter central Scotland tours for those who want something shorter. Essentially, availability is a constantly moving feast so book when ready.

These are only the day tours. We also have longer tours where you stay overnight in the Highlands so that we can travel further. You will find longer tours from Edinburgh here. Those of you based in Glasgow, we also have Glasgow tours here. We also list tours by scottish destinations for those of you desperate to see something specific.

One of our most popular full day tours from Glasgow taking in some of the most dramatic scenery of the Scottish Highlands. Visit Glencoe and enjoy options for a Loch Ness cruise and visit to Urquhart Castle. Runs daily throughout the year.

A great 3 day tour that focuses on the Isle of Skye with 2 nights in Portree. Highlights include Glencoe, Dunvegan Castle, Eilean Donan Castle, Old Man of Storr & lots else. Tour size max 16 in luxury minicoach. Tour runs daily all year round.

This popular four day tour, which includes a trip to Skye, will give you real insight into the nature and beauty of the Scottish Highlands. This tour takes you through the variety of Scotland's moods and landscapes, covering the country roads from the far west to the far north. It's the perfect introduction to the beauty of Scotland! The tour runs Sundays, Mondays, Tuesdays and Wednesdays from April to October.

A favourite 2 day minicoach tour that leaves Glasgow on Wednesdays and Saturdays all year: experience a dramatic Scottish landscape, rich in history and natural beauty and enjoy an overnight stay in the Highland town of Fort William.

2 day tour of the Highlands starting in Glasgow with an overnight in Inverness. Explore the many faces of the Highlands including Rannoch Moor, Lochs Lomond and Ness, Ben Nevis, Culloden Moor and Perthshire. Runs Monday and Thursday all year.

A wonderful way to explore Scotland's stunning scenery, this 5 day coach tour allows you plenty of time to expore the Scottish Highlands and the stunning  Isle of Skye. The tour includes your accommodation, and runs every Monday from April to October.

3 days to explore some of the most dramatic and beautiful places in the Highlands as well as the romantic Island of Skye. Highlights  include Glencoe, Loch Ness, Eilean Donan Castle and the 5 Sisters of Kintail. Departs 3 days a week all year, guaranteed. ACCOMMODATION INCLUDED.

A fabulous 2 day escape exploring Glencoe and Loch Ness with Rabbies Tours, with a night out in Inverness, and rejuvenating in the majesty of the Glen Affric wilderness. Departs 3 times a week all year.

Discover Loch Lomond, the Trossachs National Park and Stirling Castle. Enjoy a cruise across Loch Lomond, explore the pretty village of Luss and end the day with a visit to Stirling Castle. Runs Monday & Thursdays all year. Returns Glasgow 18:00. Probablt the perfect tour if you want to get out but don't want the monster Loch Ness Odyssey.

This two day, 1 night coach tour will let you explore some of Scotland’s most popular sights;  go monster spotting by Loch Ness and see some spectacular scenery. This really is essential Scotland! Tour runs Saturdays all year, Tuesdays and Thursdays in summer. Price INCLUDES accommodation in Fort Augustus by Loch Ness.

This 4 day whisky tour takes you to the Islay and the Whisky Coast. Islay is home to 8 of Scotland’s finest malt whisky distilleries: Lagavulin, Laphroaig, Bowmore, Bunnahabhain, Bruichladdich, Ardbeg, Caol Ila and Kilchoman. For the whisky enthusiast this excellent minicoach tour  will give you an in depth knowledge and even better - you won’t need to drive anywhere yourself!

This four day coach tour will take you to Islay, truly a Scottish island paradise. Stunning scenery, ancient history, abundant wildlife and a traditional culture make it an attractive island to visit, but add 8 of Scotland’s finest malt whisky distilleries and you can see why Islay is such a very attractive destination! Includes 3 nights accommodation on Islay. Departs Thursdays from Glasgow.

A great way to see the best of Glasgow - on an open-top bus touring round the city's finest visitor attractions. Children under 5 are carried free of charge! Runs several times a day, every day!

Spend a day with a small friendly tour group and experience the natural beauty of the West Highlands: lochs, mountain views, and romantic and historic castles. Visit Oban and picturesque Inveraray, and haunting Glencoe. Runs Tuesdays, Fridays, Sundays throughout the year. 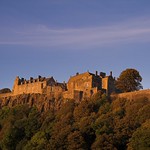 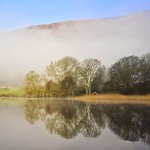 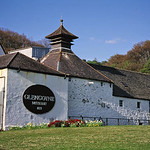 Your route north to Stirling is one which has been used for thousands of years by invading armies. It was the northernmost frontier of the Roman empire, and was later used by the English King Edward I, as he marched proudly towards Stirling (only to be sent homewards to think again!). As you approach Stirling the magnificent castle dominates your view and you make your way up towards the high volcanic rock where it imposes itself upon the surrounding land. Known as the ‘Key to Scotland’, for centuries this was the most important castle in Scotland and the views from the top make it easy to see why. 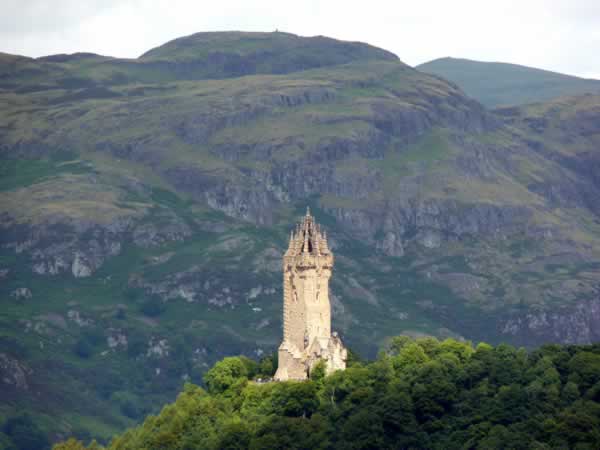 To the north is the 220ft high tower of the National Wallace Monument commemorating Scotland’s great hero William Wallace, played by Mel Gibson in the Oscar-winning movie Braveheart.

From the castle you can look down over the scene of Wallace’s greatest triumph, the battle of Stirling Bridge, where he defeated the English army in 1297. To the South is Bannockburn where, in 1314, the great Scottish warrior-king Robert the Bruce defeated the English army of Edward II. The battle was fought for possession of Stirling Castle but eventually led to a far greater prize for Scotland – the restoration of independence. It’s an area alive with history and you stop at the castle to visit and give you time to soak up the history and heritage of this great site.

From Stirling you travel into the Highlands to an area known as the Trossachs National Park. Often referred to as ‘The Highlands in Miniature’ it marks the point where the Lowlands meet the Highlands and entering this beautifully picturesque area feels like going into a different country. With its shimmering lochs, rugged mountain tops and forest-filled glens it’s easy to forget that this was once thought of as a dangerous frontier fought over by the fiercely territorial Highland clans. You stop here for lunch in the heart of the National Park forest outside Aberfoyle, where you can enjoy the magnificent nature all around you.

After lunch you ‘take the high road’ or back-road to Loch Lomond, at over 22 miles long, 5 miles wide at its widest point, and with 79 islands, it is Scotland’s largest loch, it takes its name from the mountain Ben Lomond on the eastern shore.

Following a walk out along the west highland way you travel onto the picturesque Distillery of Glengoyne, one of the leading ‘Malt Whiskies‘ in Scotland, where you have the option to tour the Distillery or enjoy the refreshments that are on offer at their ‘Slainte Mhath Shop’. Then it's just a short drive back to Glasgow at approx 18.00.

Transportation by top of the range 16 seat Mercedes minicoach for a more personal experience.

Forced air ventilation as standard.
Services of a professional driver/guide

Lunch and refreshments.
Entrance to Stirling Castle, but you get 10% off with our discount card - or £2 off Historic Scotland Explorer passes - for lots of Historic sites in Scotland
Glengoyne Distillery Tour

Discount Price is for Students, Seniors over 60 and Children between 5 and 16. We regret children under 5 cannot be carried on any tour.

Departs Every Day (All Year)

Because we believe in time off the bus and give you opportunities to take nature walks we recommend you bring suitable clothing and footwear for your tour. Scotland can be a wet place!!
Please note that due to safety legislation open-toed or high-heeled shoes are not permitted within the Whisky Distillery.

Click on the 'Book Now' button to check availability and for immediate online booking. Payment is required during the booking process.