Beautiful and windswept south east coast of Fife populated by charming fishing villages that look over the North Sea and are popular holiday haunts in the summer and are quiet and sea blown through the northern winter. 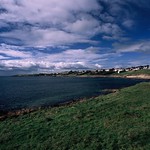 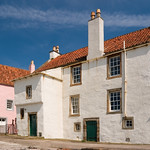 Fife was described by King James VI as "a beggar's mantle fringed with gold". The golden fringe to which he referred was the East Neuk (or nook, meaning corner). Here, on Fife's easternmost stretch of coastline are some of the kingdom's greatest attractions. From Largo Bay to Fife Ness lies a string of picturesque villages, each with its own distinctive character and charm. These were once thriving seaports trading with the Low Countries. The Dutch influence lives on in their architectural styles. The red pan-tiled roofs and crow-stepped gables lend a particular continental feel to one of the most attractive corners of Scotland.