A beautiful Scottish glen which is home to the world famous Gleneagles Hotel - a 5 star country house hotel and championship golf course, which will host the 2014 Ryder Cup. 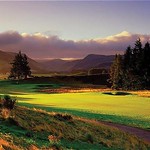 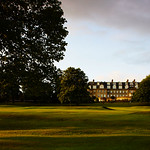 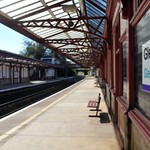 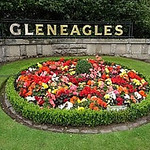 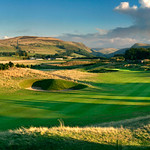 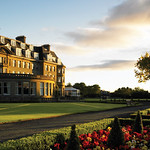 Gleneagles doesn't actually have anything to do with eagles: the name is derived from the scottish Gaelic word eaglais meaning church, and refers to the chapel of Saint Mungo.
Gleneagles Hotel will host the 2014 Ryder Cup Matches on one of it's 4 golf courses, namely the PGA Centenary Course, designed by Jack Nicklaus.

If you're looking for holiday accommodation around Gleneagles while the Ryder Cup is on (the hotel will be full) have a look at our lists of self catering cottages in the Perthshire, Fife and Stirlingshire areas:

Holiday Cottages in Perthshire for 2 weeks from 20th September 2014

Holiday Cottages in Stirlingshire for 2 weeks from 20th September 2014

For details on tickets to the Ryder Cup in 2014, please see the official Ryder Cup website here

This part of Perthshire is also renowned for its picturesque scenery of lochs, mountains, rivers and glens, and of course, its golf.