The visitor guide to Craignure on Mull in the Inner Hebrides here offer you information on the place including, sleeping and eating, attractions, castles, wildlife tours, self catering cottages near Craignure. 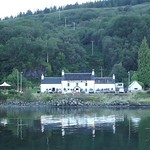 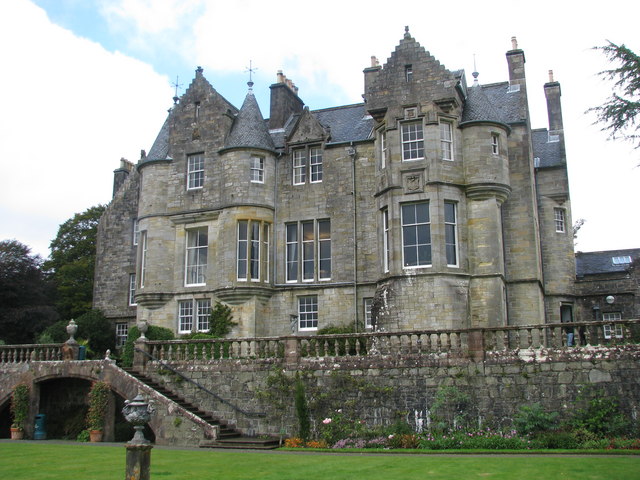 The arrival point for most visitors is the tiny village of Craignure, which is little more than a row of houses scattered along the seafront. There are a few places to eat, a tourist office and some basic services, but precious little else in the way of diversions, though Torosay Castle is just down the road.

In the village is Salen Hotel, Tel. 300324, Fax. 300599. 18 rooms, open all year. Near the MacQuarrie Mausoleum, at Gruline, is Gruline Home Farm, Tel. 300581, Fax. 300573. There are also several B&Bs in and around Salen, mostly in the E category. About 5 miles south, just before the turn-off to the Fishnish to Lochaline Ferry, is Balmeanach Park Caravan & Campsite, with full facilities; and Cynthia's Tearoom, Tel. 300342, which serves snacks, lunches and a cheap to mid-range 3-course dinner. See also our listing of Hotels on Mull

One and a half miles south of Craignure is Torosay Castle, more of a baronial family home than a full-blown castle. Inside everything is informal and, refreshingly, there are invitations to sit down, or touch things, or even look through old family scrapbooks. There is some fine Edwardian furniture and paintings by Landseer and Sargent. The real attraction though, is the fabulous garden, designed by Lorimer, especially the Italianate statue walk.

In the castle grounds you can watch traditional weaving methods at the Isle of Mull Weavers, or visit the gallery and workshops of Kells Gold and Silversmiths, Tel. 812526, open daily 0900-1800. You can walk to the castle along a forest path starting just to the south of Craignure, but the best way to arrive at the castle is by the Mull and West Highland Railway. The little steam and diesel engine pulls the miniature carriages along the narrow-gauge track on the 20-minute journey from Craignure. (Editorial Question: Has this closed or is it about to close?) 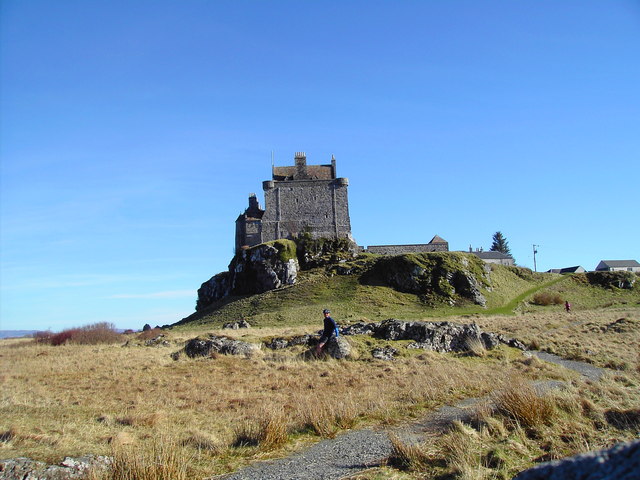 A couple of miles east of Torosay is Duart Castle. The 13th-century ancestral seat of the Clan Maclean stands imperiously at the end of a promontory, commanding impressive views over Loch Linnhe and the Sound of Mull. The castle's main feature is the tower house, built in the late 14th century when it became the main residence of the Macleans of Duart. Mull belonged to the clan until it was forfeited when the Macleans supported young Prince Charles Edward Stuart, who was defeated at Culloden in 1746. The castle was deserted for the next century and a half, then in 1911 Colonel Sir Fitzroy Donald Maclean, chief of the clan, bought the castle from Murray Guthrie of Torosay and restored it as the clan chief's residence. Today it's a fascinating place to visit, with many relics and artifacts on display. There's also an excellent tearoom serving delicious home-baked scones.

Midway between Craignure and Tobermory on the main A849 is the pretty village of Salen. It stands on the east coast at the narrowest point on the island, and is only three miles from the west coast, making it a good base from which to explore the island. Bicycles can be hired from On Yer Bike (Telephone: +44 (0)1680 300501) for around £10 per day.

There are a couple of interesting sights around Salen. Just to the north, overlooking the bay, is the ruin of Aros Castle, built in the 14th century and one of the strongholds of the Lords of the Isles. Tradition holds that the treasure of the Spanish galleon sunk in Tobermory Bay in 1588 was recovered by the Macleans and still lies buried beneath the ruins of Aros Castle.

Four miles southwest of Salen, near Gruline and Loch Ba, is the MacQuarrie Mausoleum, which houses the remains of Major-General Lachlan MacQuarrie (1761-1824). He took over as Governer-General of New South Wales from the unpopular William Bligh, formerly of the Bounty, and became known as the "Father of Australia". The mausoleum is maintained by the National Trust for Scotland, on behalf of the National Trust of Australia.

Not far from the pier, on the main road heading south, is Craignure Inn, Tel. 812305, The Craignure Inn 3 rooms, open all year. Its cosy bar serves decent cheap-moderately priced food and is a good place to seek refuge on a wet day. There are also several guesthouses and B&Bs around Craignure, all in the E category (details from the tourist office). A little further south of the Craignure Inn, on the opposite side, is the turning to Shielings Holiday Campsite, Tel. 812496, which is beside the terminal for the little steam railway to Torosay Castle (see below).

As well as a campsite with full facilities, there's accommodation in self-catering "shielings, which are carpeted cottage tents (F). On the north side of the ferry pier is MacGregor's restaurant, Tel. 812471, a general store and post office.

Three miles south of Craignure, at Lochdon, is the Old Mill Guest House & Restaurant, Tel/Fax. 812442. 3 rooms. Their cosy little restaurant has a deserved reputation for fine cuisine, so you'll need to book in advance.

Self Catering Cottages near Craignure