One of the most photographed castles in Scotland and in a strong position on the loch.  A stronghold for the Campbells of Glenorchy. Used between 1475 to 1745 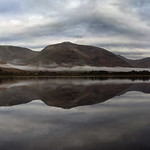 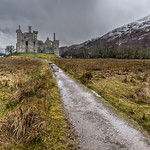 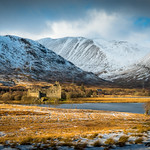 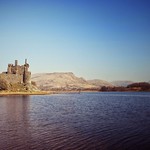 Kilchurn Castle is a ruined 15th century castle built in 1450 on the northeastern end of Loch Awe, in Argyll and Bute, Scotland.It was the ancestral home of the Campbells of Glenorchy, who later became the Earls of Breadalbane also known as the Breadalbane family branch, of the Clan Campbell. The earliest construction on the castle was the towerhouse and Laich Hall (looks onto Loch Awe). Today, its picturesque setting and romantic state of decay make it one of the most photographed structures in Scotland. It was occupied variously by the Campbell and its hereditarty keepers the MacGregors until a violent feud between the families led to the Campbells repossessing it. Today it is unoccupied and accessible to visitors on foot where it makes a good stopping point for visitors to Argyll. The castle is now owned by the government and managed by a quango - Heritage Scotland.

The castle is open in the summer only (April to September)

The castle can be accessed on foot from the Dalmally roadside (A85) under the nearby railway viaduct. This is via the loch-side, which can flood periodically, so caution is advised.