Home to the Dornoch Bridge ans sometimes the extraordinary oil rigs that are anchored here for repairs. 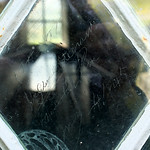 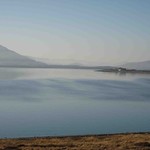 Fairies were said to cross the Dornoch Firth on cockle shells and were once seen building a bridge of fairy gold, perhaps a forerunner of the Dornoch Bridge which carries the A9 across the Firth just north of Tain. A more pleasant and interesting route is to follow the A836 along the south shore. From The Struie, reached by the B9176 which branches south at Easter Fearn, there's a panoramic view over the Dornoch Firth and the Sutherland hills. In the churches of Edderton and Kincardine are Pictish stones. Another stands in a field northwest of Edderton, but don't disturb the crops or livestock. A quartz boulder at Ardgay, the 'Clach Eiteag', commemorates the cattle tryst and fair which once took place locally.

Ten miles from Ardgay, at the end of lovely Strathcarron, is the isolated Croick church, one of the most poignant reminders of the infamous Clearances. Here in 1845, 90 local folk took refuge in the churchyard after they had been evicted from their homes in Glencalvie by the Duke of Sutherland to make way for flocks of sheep. A reporter from The Times described the 'wretched spectacle' as men, women and children were carted off, many never to return. The report is there to read. Far more evocative and harrowing, though, are the names and messages the people scratched in spidery copperplate in the window panes.