A series of articles that chronicles Scotland's history through the ages right up to the present day. Articles provide a summary overview of our history and also link to useful and interesting external resources for even more information.

In 563 this fiery Irish missionary went into self-imposed exile on Iona (known as the “home of Christianity” in Europe), and here he founded a monastery. Columban monks travelled widely, consolidating the Christian faith and thus unifying Scotland’s tribes into one nation.

Facing an English onslaught in 1314, the Scots – led by Robert the Bruce – achieved a dazzling victory. By defeating the English, the Scots won back their nation and their pride. Their right to independence was ratified by papal bull in 1329, though the war with England continued for another 300 years.

To assist France, James IV invaded England in 1513 and met the enemy just over the border at Flodden. In the massacre that followed, some 10,000 Scots died, James included, and, as his heir was still an infant, a power struggle and an era of instability ensued. - read more

Scotland was a Catholic country when Mary Queen of Scots ascended the throne. But in 1559, a revolutionary preacher called John Knox denounced Catholicism and heralded the Reformation. Protestantism was introduced to Scotland, and for the next 150 years religious intolerance was rife. - read more

When Elizabeth I died without an heir, James VI of Scotland succeeded her. He became James I of England in 1603, thus uniting the crowns. After Scotland was bankrupted by the disastrous Darien expedition, which failed to establish a colony in Panama, union with England became an economic necessity. The 1707 Act of Union united the Scottish and English parliaments, effectively dissolving Scottish Parliament.

In 1745, James VII’s grandson “Bonnie Prince Charlie” secretly sailed from France to Scotland to reclaim the British throne. He amassed an army which fought its way to a panic-stricken London. Short of their goal, the “Jacobites” returned north. The Hanoverian army, aided by royalist Scots, slaughtered the rebels at Culloden, the last battle fought on British soil.

James Watt’s transformation of the steam engine heralded the advent of the Industrial Revolution, which had a profound effect on Glasgow in particular. The demand for steam forced every coalmine into maximum output, and the production of cotton, linen, steel and machinery boomed. Glasgow became known as “the workshop of the Empire”.

Of the two world wars, it was the 1914–18 war that claimed the most lives: 74,000 Scottish soldiers and almost as many civilians. In addition to this, between 1901 and 1961, 1.4 million Scots emigrated to seek better lives elsewhere.

9. Return of a Scottish Parliament

In a 1997 referendum, the Scots emphatically voted to re-establish a Scottish Parliament. This opened in 1999, returning the political forum to the heart of Scotland after an absence of 292 years.

Scotland voted against independence in 2014, but the Scottish National Party (SNP) achieved an unprecedented result in the 2015 UK election, gaining 56 out of the 59 seats in Scotland; these MPs now sit in the UK Parliament at Westminster. 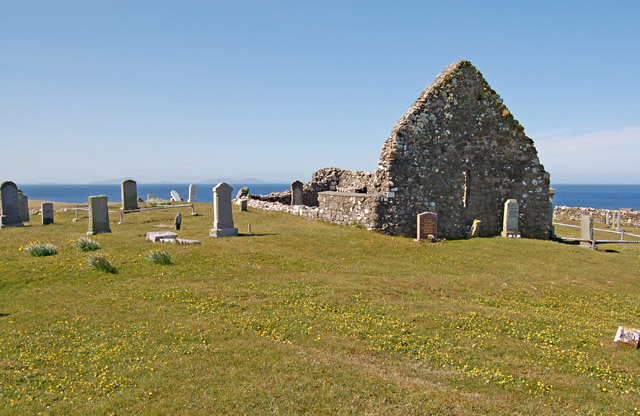 A List of important and/or interesting events in Scotland in the twentieth century listed in chronological order.

Like the Great War before it, the Second World War pulled Scotland and England together in a fight against a common enemy - Germany.

Old rivalries and tensions between the two countries were put aside as the whole of Britain put its shoulder to the wheel to defeat the Nazis.

It was during the war, however, that the seeds of the idea of Scottish independence were quietly being sewn - seeds which, just over half a century later, would germinate in the country once again winning home rule.

Since 1314 King Robert the Bruce had sought a peace treaty in order that the war ravaged realm of Scotland could recover. Edward II was obdurate and impervious to the pleas from his lords, so, each year, the Bruce instigated forays into northern England to extract tribute and booty to help rebuild a bankrupt Scottish economy. He hoped the raids would put pressure on the English barons to persuade King Edward II to negotiate a peace treaty which would recognise Scotland as an Independent Kingdom with himself as its rightful king. Accordingly he sent Sir James Douglas (The Black Douglas) and Sir Thomas Randolph (The Earl of Moray) in a series of wide ranging raids into Northumberland, Cumberland, Lancashire, Durham and Yorkshire to extract tribute which for a medium sized town was 2000 silver merks or £1,300 English pounds (worth £140,000 by today's standards.)

The Treaty of Northampton in 1328

On the one hand, it is sometimes referred to as the Treaty of Edinburgh, which unhelpfully risks confusion with the other Treaty of Edinburgh of 1560. For another thing, it was concluded in one month, endorsed in a later month and then backdated to an even earlier date, just to add another level of confusion. To add one final confusing ingredient, it was made between the English and Scottish Kings, neither of whom were actively present at its ratification.

After 2000 - The March to Independence

When historians look back on the beginning of the 21st century and study Scotland, the subject will surely be the question of independence. This article explores how Scotland changed after 1997 as it moved from being seemingly a firm advocate of the union towards an increasingly excitement and enthusiasm for greater independence.