The Best of Eating Out in Edinburgh

In keeping with its growing reputation as one of the great European cities, Edinburgh's restaurant scene has undergone something of a transformation in recent years and the capital now boasts a wide range of places, to suit all tastes and budgets.

The culinary scene has a distinctly cosmopolitan feel, with a large number of Italian, French, Mexican, Spanish, Indian, Thai and Chinese restaurants. There are also a growing number of eateries offering fusion cooking, which combines a range of international flavours. Scottish cuisine is also well represented, from traditional fare to more contemporary eclectic cuisine using various international influences, but all using the very best of Scottish ingredients such as game and seafood. Fish and seafood lovers will not be disappointed and should head down to Leith, with its many stylish restaurants and bistros located around the refurbished dockside. Vegetarians are also well catered for, with a selection of good, economical places, particularly around the University. This is where you'll find the best-value eating in town, though the more tourist-oriented restaurants in the Old and New Towns offer good value two-course set menus at lunch-time. If you eat well at lunch and restrict yourself to a snack or light supper in the evening, then dining out in Edinburgh need not be expensive.

Most of the restaurants serve from 1200-1430 and 1800-2200 and are closed on Sundays, though times are listed below. If you don't want to be restricted by these eating times, then try some of the many excellent bistros, which are often better value and many of which serve food daily until around 0100. The city's countless bars also serve reasonably priced food, and the cheapest lunches are often found in the city cafés. Bars and cafes are listed in separate sections after Eating. Note that a seat in one of the more upmarket restaurants can be hard to come by during busy periods, such as the Festival, so it's best to book whenever possible. 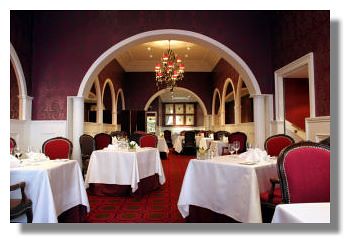 Tucked away down the quiet Castle Street, Cosmo's offers an intimate milieu with an air of club-like exclusivity. It is a favorite dining place of many celebrities like Sean Connery. 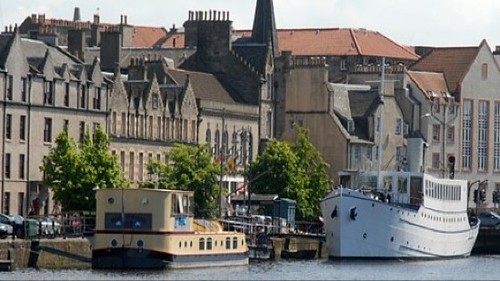 Considered the best restaurant in Edinburgh but then foodies always have their favourites.