A small hamlet in the beautiful, rugged far north of Scotland on the A836 between Lairg and Tongue. Remote and beautiful, the local weather station sometimes records the coldest temperatures in the UK! 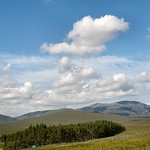 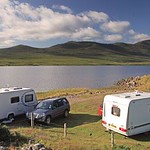 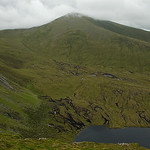 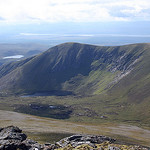 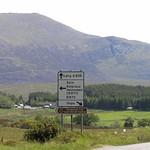 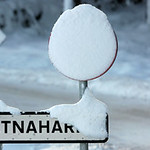 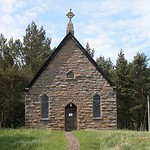 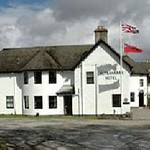 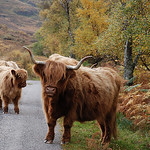 The road that runs through Altnaharra would have originally been a drovers road used by crofters to take their livestock to market. There was once a 17th century drovers inn on the site of the current Altnaharra Hotel. Following the clearances of the early 1800s the local population fell dramatically, along with  the number of crofters using the drove road.

In 1820s a new inn was built and began to attract tourists to the area for its excellent fishing and shooting, which is still the case today. The landscape around Altnaharra includes Loch Naver and Loch Hope which, along with many other smaller lochs, offer some of the best salmon and trout fishing in Scotland. The surrounding estates also offers opportunities for stalking deer and shooting game.

There's a met office weather station in the village which has recorded some of the lowest winter temparatures in the UK.

The best place (and indeed only place) to eat is the Altnaharra Hotel with its restaurant. (Call 01549 411222 for reservation) see their menu here. They specialise in local far so anticipate immaculate local venison, seafood and washed down with fine wines from Justerini & Brooks. Yum!

The best accommodation in the area is the eponymous Altnaharra Hotel which must win every award going for being among the most remote hotels in the United Kingdom. In spite of that disadvantage or advantage depending on your perspective, it is an outstanding country hotel with an excellent restaurant.

There is also a B&B called Altnaharra B&B run by Mandy Smith (01549 411258) with twin enquites x3 as well as wifi, lockup for cycles. They will do an evening dinner as well. Pets welcome. see their website.