Charming small crofting village on the North coast near the junction of A836 and A897 overlooking sandy bay and Melvich Beach, an unspoilt stretch of golden sands  which lies at the head of the bay. It can be approached from the village by a signposted track which leads to a parking area just above the dunes. On the eastern side of the bay is Bighouse Lodge which is shooting and fishing lodge and provides accommodation for large private parties. Built in the 1760s, the large house was owned by the Mackays, who also owned the local lands of Strath Halladale. Aside from the lodge itself, there are also the barracks, a walled garden, a garden pavillion and an ice house. It is believed that the barracks were used to house troops during the 1745 Jacobite rebellion. The walled garden is well worth a visit if you ask nicely since it is not open to the public 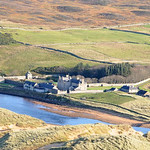 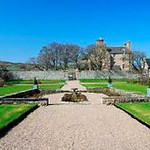 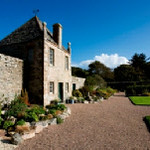