At the more scenic southern end of Loch Ness stands the village of Fort Augustus, originally set up as a garrison after the Jacobite rebellion of 1715, and headquarters of General Wade's campaign to pacify the Highlands. Today Fort Augustus is a busy little place; full of monster-hunting tourists and boats using the flight of five locks to enter or leave Loch Ness on their journey along the Caledonian Canal. 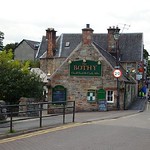 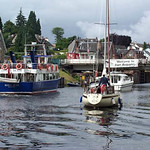 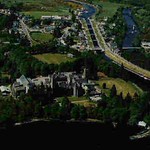 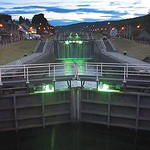 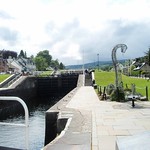 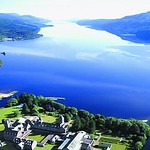 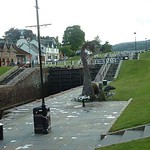 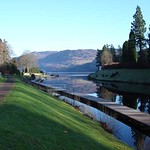 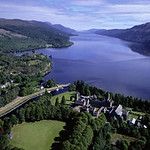 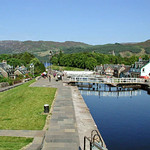 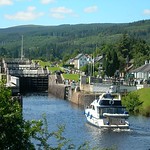 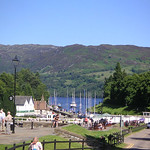 A worthwhile detour from Fort Augustus is to take the B862/852 up the east shore of Loch Ness on a mostly single-track road that skirts the loch for much of its length to the village of Dores. It's a much quieter and more scenic route than the busy A82 and follows General Wade's original (and very straight) military road which linked Fort Augustus with Fort George. Though it makes a more interesting alternative to the more popular A82 route from Inverness to Fort Augustus, it's best done from south to north, if you have the time.

The road winds its way up into rugged hills before returning to the lochside at Foyers, where there's accommodation at Intake-House, Tel. 01456- 482258, open April-October; and the small independent youth hostel Foyers House, Tel. 01456-486623. It's worth stopping here to see the impressive waterfall where the River Foyers plunges into Loch Ness. To get there, follow the steep (and slippery) track down from opposite the shops.

Three miles further north, at Inverfarigaig, is the spooky and sinister Boleskine House, once home of Alastair Crowley, who is said to have practised devil worship here. In the 1970s the house was bought by Jimmy Page of Led Zeppelin, but sold some years later after the tragic death of his daughter. Those of a nervous disposition may wish to pass on quickly and continue to the little village of Dores, at the northeastern end of the loch, where you can enjoy a good pint of ale and some decent grub at the Dores Inn.

You can then continue to Inverness, or return via the beautiful hill road that leads up to Loch Mhor and back to Fort Augustus via the Stratherrick valley. From Errogie, at the northern end of Loch Mhor, there's a dramatic section of road that winds down to the loch through a series of tight, twisting bends, reminiscent of an Alpine pass, and great for cyclists. There are also some interesting marked woodland trails around Errogie.

Other than the hotels in the village, there's the cosy Bothy Bite, Tel. 366710, by the canal bridge, which serves cheap meals from 1200-2100. The Loch Inn, by the canal, is the best place for a drink, and also serves decent pub grub.

Fort Augustus is a convenient stopover between Fort William and Inverness, and there are several buses daily in either direction. It takes 1 hr to both towns. There is an additional service between Fort Augustus and Invergarry once a day Mon-Sat.

This route is only possible if you have your own transport. There are buses south from Inverness, but they only run as far as Foyers (3 times Mon-Fri, twice on Sat). Alternatively, it can be done by bike, as a full-day circular trip from Fort Augustus or from Inverness.

By the canal locks is The Clansman Centre, where young guides in traditional dress provide a lively and entertaining presentation of 17th-century Highland family life in an old turf house. There follows a display of weaponry and a mock sword fight in the garden. You can even have your picture taken wearing traditional Highland costume. There's also a craftshop selling the more tasteful kind of souvenirs. Info - Apr, May, Jun and Sep daily 1100-1700; Jul-Aug 1000-1800. Tel. 366444.

There are numerous good walks around Fort Augustus.