Ruined 1885 baronial mansion in ruinous state that is dangerous internally but can be walked around. 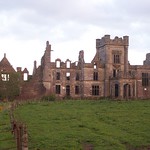 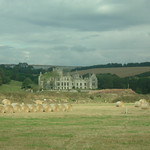 An original castle or mansion was built on the site in 1413 by the Hays. Various families owned the estate until the Baird build the victorian mansion in the late 1880s. At one point in the 17th century, the house was the headquarters for the Quaker faith in North East Scotland under the leadership of David Barclay.

There have been variuous proposals to use the house which have been rejected and the house now stands forlorn and likely to fall down entirely.

Walk around but take care of the state of the masonry.