Dunfermline is a few miles north of the famous Forth Bridge and sits at the western edge of Fife. An ancient seat of Scotland, today it is largely bypassed by visitors and has become something of a dormitory to Edinburgh. 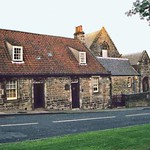 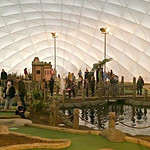 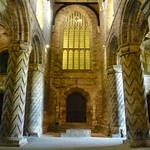 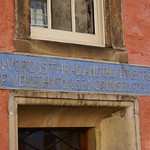 A mere 5 km inland, just off the M90, the town of Dunfermline is steeped in history. It was once the capital of Scotland, from the 11th century to the Union of Crowns in 1603, and its great abbey and royal palace still dominate the skyline.

Until the late 19th century, Dunfermline was one of Scotland's most important linen producers and a major coal-mining centre. Those traditional industries have long since gone but the town still thrives economically and has grown considerably in size.

In the 11th century, Malcolm Canmore, King of Scotland, offered hospitality in his tower in Dunfermline to the English heir to the throne, Edgar Atheling and his family, on their flight from William the Conqueror and the Norman Conquest. Edgar's sister, Princess Margaret, a devout Catholic and later 'Saint Margaret', married the King in 1067, and was largely responsible for introducing the religious ideas of the Catholic Church into Scotland. Horrified by the lax ways of the Celtic Church, she began to build a new church which was founded in 1072.

Near the abbey in Guildhall St is Somewhere Else, a pub serving good value home-made soup, sandwiches and Belhaven beer.

Trains from Edinburgh connect with Dunfermline. The train station is a 15-min walk southeast of the centre, halfway down St Margaret's Drive. There's an hourly bus service from Edinburgh, and services every 2 hrs from Glasgow, Perth and Dundee. The bus station is in the Kingsgate Centre, on the north side of town, Tel. 621249. Tourist Information Centre is at 13/15 Maygate (next to the Abbot House). Tel. 720999. Mon-Sat 0930-1730, Sun 1100-1600; closed on Sun, Oct-Mar.

Queensferry Road | A92 Dunfermline to Stonehaven

The Abbey church stands adjacent to the ruined monastery building and the Royal Palace, which are linked by a pend or alleyway. The palace, built when Malcolm and Margaret married, has fallen into ruins, but what little remains still hints at its undoubted magnificence. For centuries, it was a favourite residence of the Kings of Scotland. David II, James I and Charles I were all born here, the latter being the last monarch to be born in Scotland. Apr-Sep daily 0930-1830; Oct-Mar Mon-Wed & Sat 0930-1630, Thu 0930-1230, Sun 1400-1630. Disabled access. Tel. 739026.

The beautiful and lavishly endowed Pittencrief Park, known locally as 'the Glen', is opposite the west door of the Abbey. Inside the park is Pittencrief House Museum, built in 1610 and also bought by Carnegie for the people of Dunfermline. It features displays of local history, costumes and an art gallery. The glasshouses (free entry) are filled with tropical plants and flowers, and the art deco pavilion has a restaurant. Here also stands the ruin of Malcolm's Tower, where King Malcolm and his bride lived before the building of the palace. Dunfermline – which means 'fort by the crooked pool' – takes its name from the tower's location. Museum open Apr-Sep daily 1100-1700; Oct-Mar daily 1100-1600. Free. Tel. 722935.

In the Maygate is the Abbot House, which was the home of Robert Pitcairn, the post-Reformation Abbot of the Abbey. The house is one of the oldest in Scotland, possibly 14th century, and was restored in 1963. There's a café serving snacks and light lunches. All year daily 1000-1700. £3, £2 concession, children free (if accompanied by an adult. Tel. 733266.

Incongruously housed in the stone building in Chalmers street car park is the entrance to Saint Margaret's Cave. The saintly queen often retired here for moments of secret devotion. Her husband, suspicious of her frequent visits to the cave, followed and discovered her kneeling in prayer. Overjoyed that his suspicions were groundless, he had the cave fitted up for her as a place of devotion. Easter to end-Sep daily 1100-1600. Free.

Dunfermline Museum is at Viewfield Terrace, south of the East Port. The Victorian villa has displays concentrating on local history, including the weaving and damask linen industries, for which the town was famous and which greatly contributed to Fife's economic well-being. All year, Mon-Fri. Free. Phone 24 hrs in advance for admission; Tel. 313838.

Four miles north of the town centre, just off the A823, is Knockhill Racing Circuit, Tel. 723337, Scotland's national motorsport centre, which stages major car and motorbike racing events (as well as rally, race and 4x4 driving courses) between April and October, usually on Sunday. £5-20 depending on the event, children under 16 free, OAP/concession half price.

The 19th-century Town House in Bridge Street was designed in the French and Scottish Gothic style, said to be very fashionable at the time. Among its interesting features are the gargoyles and grotesques, depicting the heads of King Robert the Bruce, King Malcolm, Queen Margaret and Queen Elizabeth.