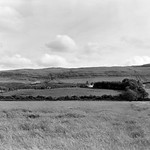 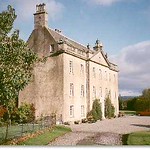 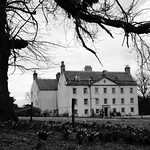 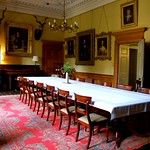 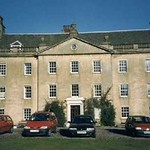 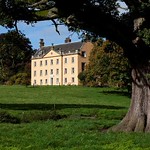 The main front of Gargunnock, when approached through the park, looks regular, classical, serenely late Georgian. But the 1794 façade is only skin deep, imposing order on additions made then and in the previous two centuries to an old tower house, which forms the core of the house. The old tower also dictates that the main rooms are on the first floor, above the traditional vaulted basement. Of these, unquestionably the finest is the drawingroom; it contains a piano (now ornamental) on which, just possibly, Frédéric Chopin once played. Gargunnock was bought in 1835 by Charles Stirling, a Glasgow merchant and son of an old Perthshire family. His sister, Jane, was Chopin’s pupil and friend. She brought him to Scotland in 1848, taking him to stay with her sisters and cousins, and family tradition is firm that he came here too.

The late Miss Viola Stirling was the last of her family. She left Gargunnock to trustees who now let it, with our help, for holidays. Staying here feels rather as if the family has gone away for a while. They have taken their personal things with them, but the furniture remains, the flower garden is cared for, the park is grazed and the estate maintained in orderly fashion.

Five acres of mature gardens, woodland walks, walled garden and 18th century Doocot. Snowdrops in February/March, daffodils in April/May. Glorious display of azaleas and rhododendron in May/June.  Wonderful trees and shrubs, glorious autumn colour.  Garden featured in articles in The Scotsman and Scottish Field. Guided tours can be arranged for Parties. A wonderful selection of azaleas and rhododenfrons included in the sale on 23 September.

The building is open for renters, but the gardens are open on Wednesday afternoons throughout the summer. (2-5pm) from mid-April to mid-June, and in September and October.